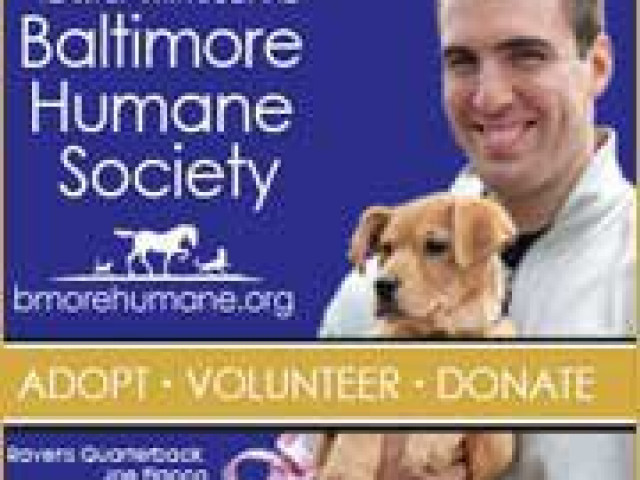 In 1927, Elsie Seeger Barton founded the Humane Society of Baltimore County, now known as the Baltimore Humane Society (BHS.) Since that time, Mrs. Barton’s selfless dream of establishing a refuge for abused and homeless animals has since come to fruition, situated on 365 acres of peaceful farmland in Reisterstown, Maryland. Over the years, BHS has provided safe and loving homes for literally hundreds of thousands of wonderful animals. We also operate a low-cost Spay/Neuter & Pet Wellness Center, which assists in helping to control the epidemic of pet overpopulation and serve low-income pet owners with quality pet care and vaccinations. In addition, Nicodemus Memorial Park, on the grounds of BHS, provides a final resting place for many beloved pets. And finally, 343 acres of our land serve as a protected wildlife preserve, alive with deer, fox, several species of birds, and numerous other types of local wildlife. Baltimore Humane Society – Available Pets for Adoption Favorite 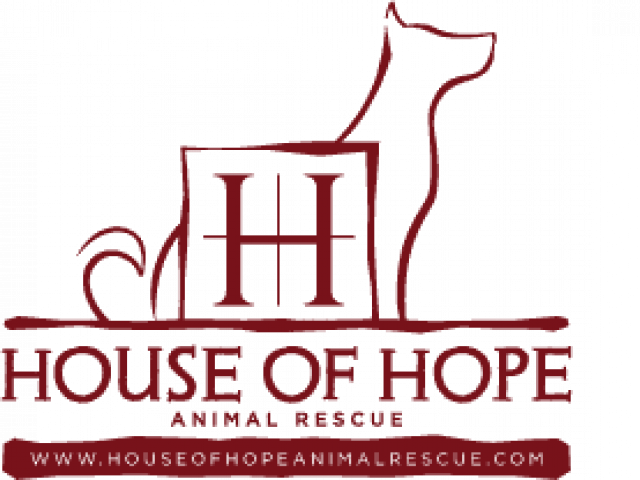 We are a small all volunteer rescue organization that saves dogs on death row. Most of the dogs are from Georgia, North Carolina and South Carolina shelters which have a very high rate of euthanasia. We also occasionally pull dogs from Texas and Ohio and will on occasion directly take in owner surrender dogs. The dogs we save have little chance of getting out of these crowded shelters alive. Most of the dogs in these shelters are highly adoptable dogs that just simply don’t have a home. Some stray away from their homes and their owners never go looking for them, while others are a result of irresponsible people breeding their animals and simply discarding them at their local kill shelter or letting them loose outside when homes can’t easily be found for them.. Did you know that the black dogs hardly ever get out of these shelters? Just because their coats are black they are killed. There are many people who simply think that black dogs are bad dogs and that there is something wrong with black dogs. How terribly wrong these people are! Because they are so many black dogs in these shelters, saving the black dogs is […] 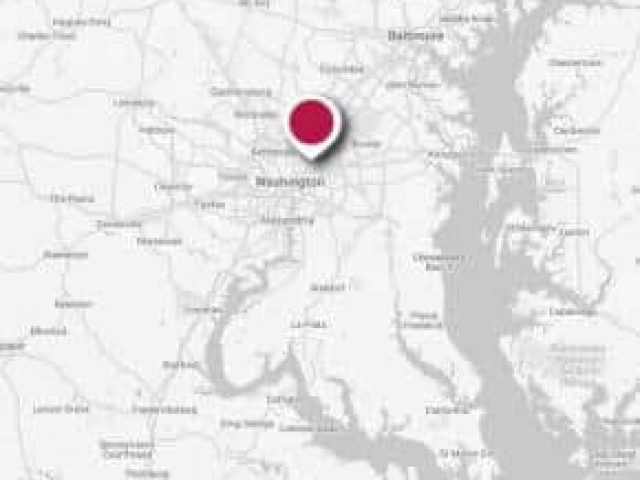 People Animals Love is a non-profit that works in the DC area. Our mission is to use the human-animal bond to brighten the lives of the lonely, ease the pain of the sick, and enrich the world of at-risk children. Additionally to our regular visits, we are hosting a monthly in-person support group meeting for people who’ve lost, or anticipate losing, a beloved pet. The meeting will be facilitated by a professional therapist. The group will meet on the 2nd Saturday of each month, from 10:30 to 11:30 am, at the Davis Community Library (6400 Democracy Blvd, Bethesda MD). There is no charge. If you’d like to find out more about us, please feel free to visit our website: peopleanimalslove.org! Favorite 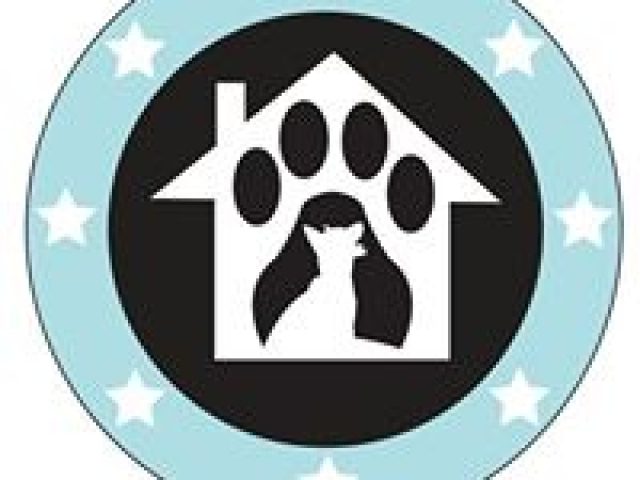 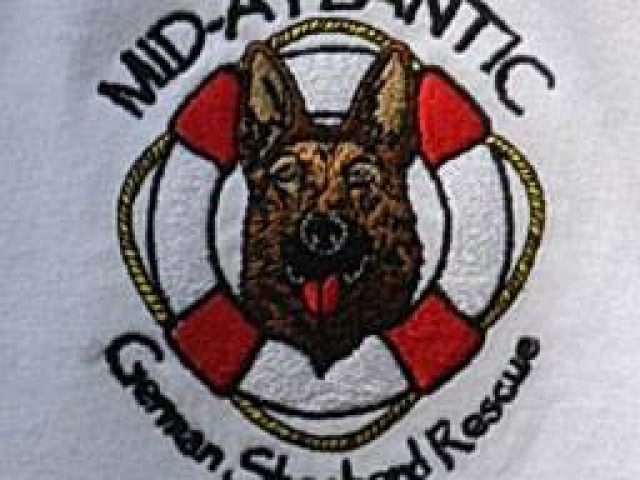 MAGSR is dedicated to rehabilitating and providing a second chance to German shepherds and shepherd mixes that have been abandoned, abused, lost, strayed, or surrendered. Mid-Atlantic German Shepherd Rescue – Pets Available for Adoption Favorite 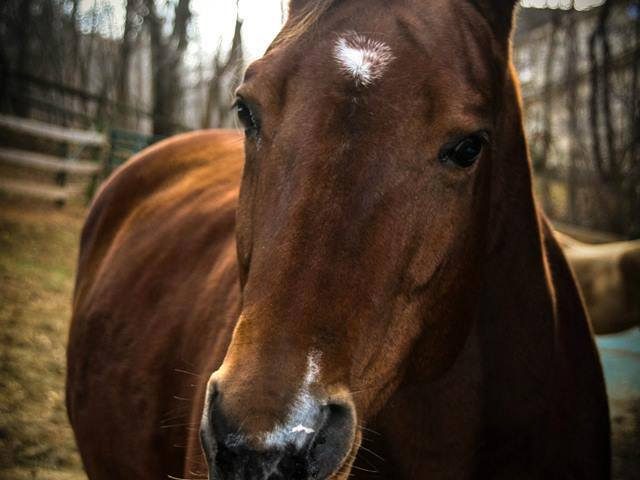 Ellie is an approximately 15 hand, 11 yo Registered Paint mare. She was pulled from an auction in 2011. She is great to handle on the ground, but under saddle she requires an experienced, confident and knowledgeable rider. She has a history of bucking under saddle when the rider becomes unbalanced and is currently on pain medication for hock sensitivity which could also be causing her to buck. She is an extremely ‘easy keeper’. Ellie is athletic (although more whoa than go), smart and has a very sweet disposition. She has had over 30 days of professional training and does best with consistent work. She goes both English and Western.   Adoption fee- $250 Favorite 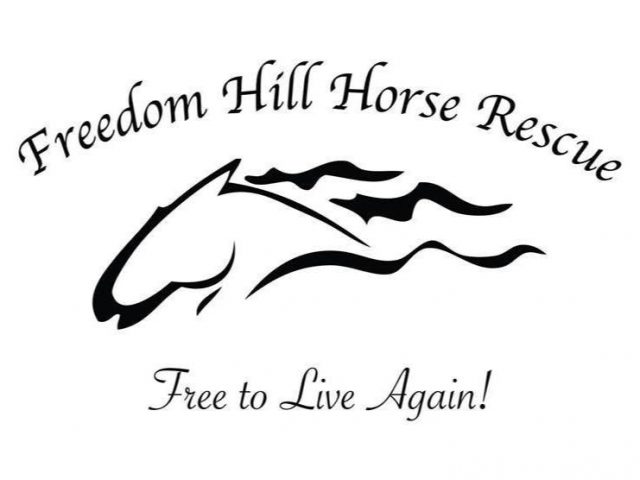 Freedom Hill Horse Rescue is dedicated to rescuing horses from neglect, abuse, abandonment, and slaughter, as well as helping to relieve the unwanted overflow of foals generated by the Premarin (PMU) & Nurse Mare Industrys. We are a group of people who care about horses and their quality of life. We strive to improve the lives of horses by providing a safe haven for healing and rehabilitation. We strive to educate communities on issues such as: what constitutes horse abuse and neglect; recognizing and reporting abuse; proper care and feeding; and the importance of farrier care, vaccinations and regular worming. Freedom Hill Horse Rescue – Pets Available for Adoption Favorite 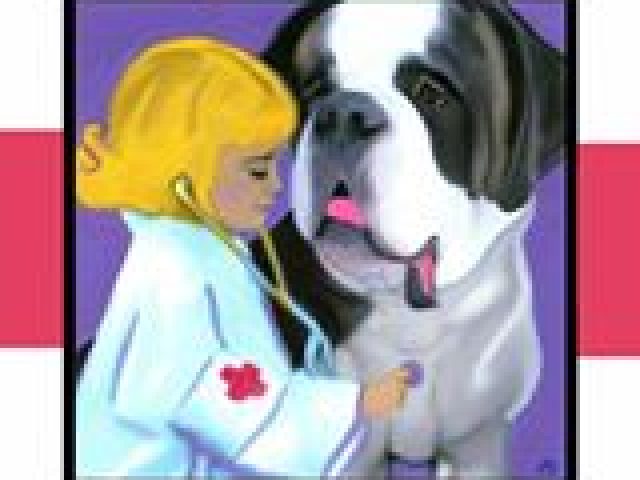 The Mid Atlantic Saint Bernard Rescue’s mission is to act as a shepherd for Saint Bernard dogs and puppies that are without suitable caretakers and are in need of help; to shelter the homeless; to care for and find homes for the unwanted, abandoned, neglected and abused; to feed the hungry; to provide medical services to the sick, injured and lame; to assist in the rescue of those subjected to conditions hazardous to their well-being or to confinement in government or private shelter, who without intervention would be needlessly Euthanize; to provide for the humane disposition of those not sound in mind, body or temperament; to educate the public as to the characteristics of, and proper care for, the breed so as to promote compatible, loving, lasting home/family placements; to educate the public as to responsible pet ownership so as to prevent accidental litters and to prevent inhumane trafficking in puppies and dogs, and so as to promote the most humane manner of disposition of pets at journey’s end; to encourage, promote and support research respecting the breed that explores or improves relations between the breed and owners or sheds light on the causes of abandonment, neglect or abuse, or […] 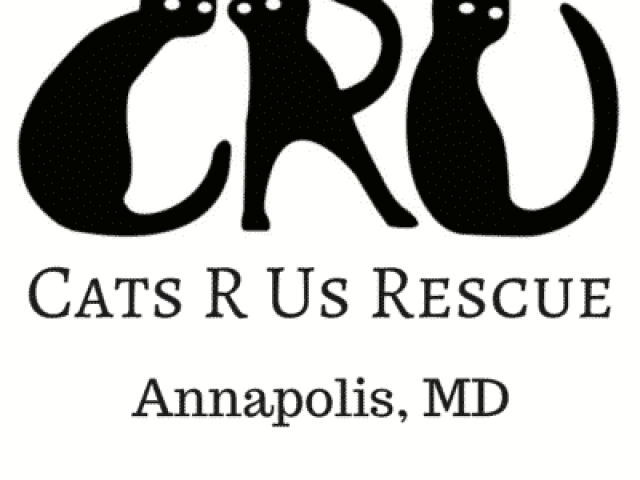 Cats R Us is a non-profit 501(c)3 registered charity, which operates two small shelters in the Annapolis, Maryland area. Our main effort is to reduce the community cat population through methods such as TNR (Trap, Neuter, and Return). TNR is a full community cat population management strategy in which community cats are humanely trapped, vaccinated, sterilized, and ear-tipped for identification by veterinarians. We DO NOT take feral cats as we have no facility to house them. We DO NOT take owner surrendered cats. Cats R Us – Pets Available for Adoption Favorite

We are a non-profit Canine Rescue, that also caters to the special needs of homeless or abandoned puppies. We have many types of dogs, mixed breed as well as pure breeds. They are all carefully evaluated and given the neccesary care and medical treatment. We are always in need of volunteers and good foster homes. Donations are also greatly appreciated! Kathy Graninger’s Puppy Rescue – Pets Available for Adoption Favorite

Roberts Rescue is a small nonprofit group of volunteers dedicated to finding forever homes for the unwanted animals of Maryland. We all have our own full time jobs and families, not to mention our own dogs and cats! We dedicate our spare time to helping these pets in need. Most of our animals come from shelters or are found wandering the streets of Baltimore. When space and funds allow we do accept owner surrenders into our program. We do not rescue specific breeds but we lend a helping hand to all needy animals when we can. Robert’s Rescue – Pets Available for Adoption Favorite 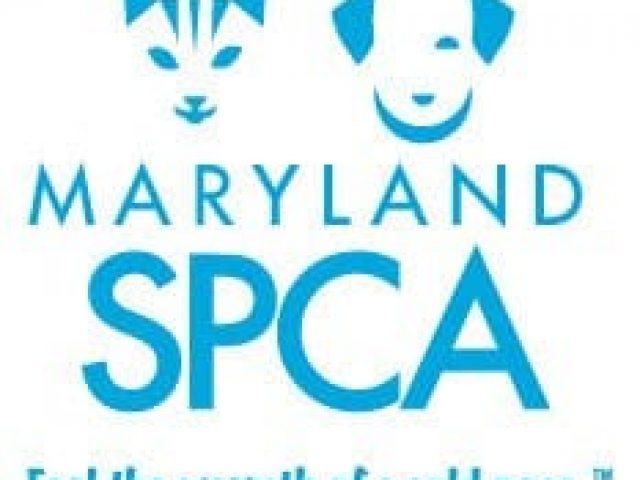 Helping animals since 1869! We are an independent nonprofit organization dedicated to improving the lives of pets and people in the community. Maryland SPCA – Pets Available for Adoption Favorite 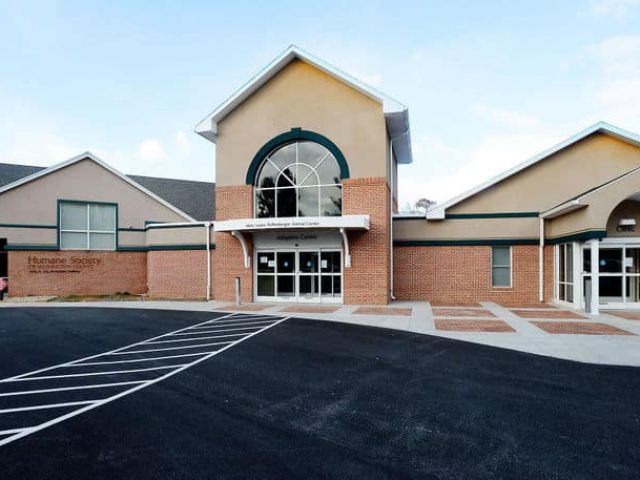 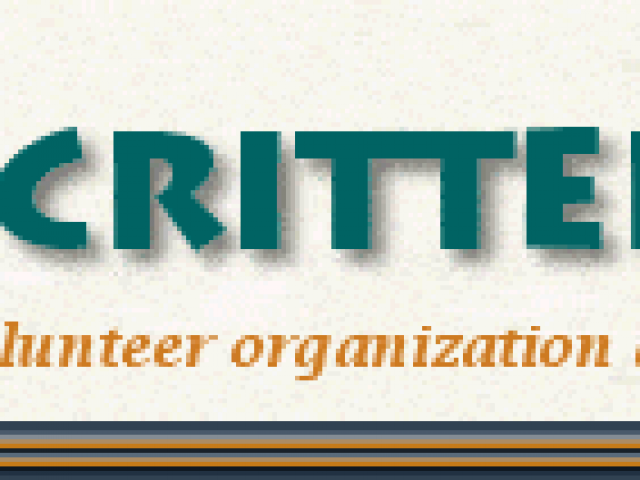 We are a small private rescue that is based in a couple of private homes. We take in and adopt cats as we are able to heal, nurture and socialize them in a way that they can live a brighter life with a family of their own. KitCat & Critter Rescue – Pets Available for Adoption Favorite 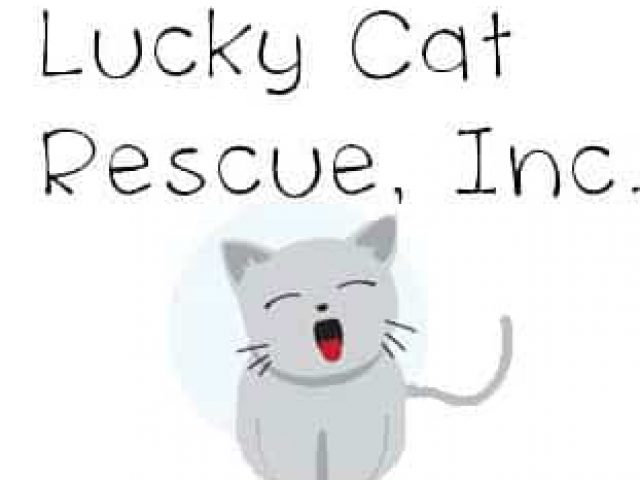 Lucky Cat Rescue is a small stray/feral cat rescue. We have many cats and kittens looking for loving homes. We are an all volunteer 501(c)3 organization. Lucky Cat Rescue is committed to promoting the importance of spaying and neutering all pets. We provide information to educate individuals and communities of responsible pet ownership. We assist with Trap, Neuter, and Return (TNR) of feral cat colonies with caretakers in a safe environment. This practice reduces the risk of unwanted litters and keeps cats healthier while minimizing the size of a colony. We help in the rescue of stray, abandoned, and feral kittens which require socialization prior to adoption. Lucky Cat Rescue – Pets Available for Adoption Favorite 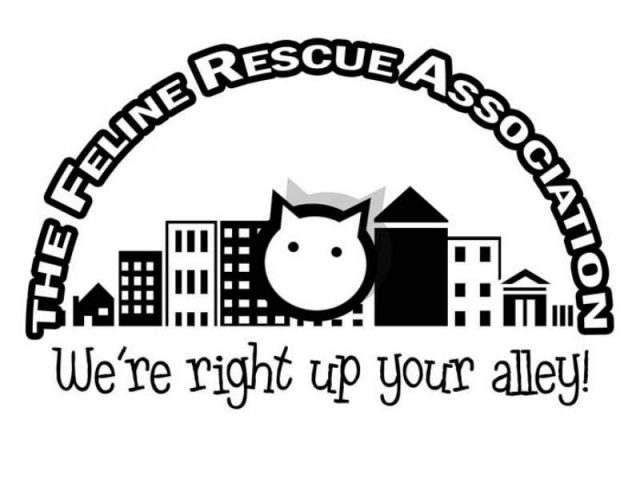 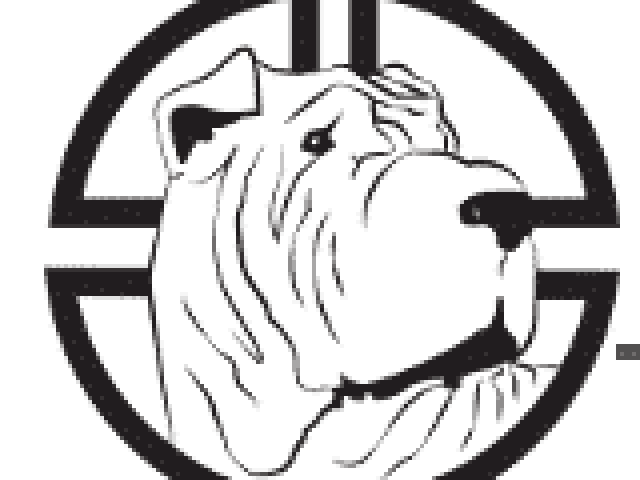 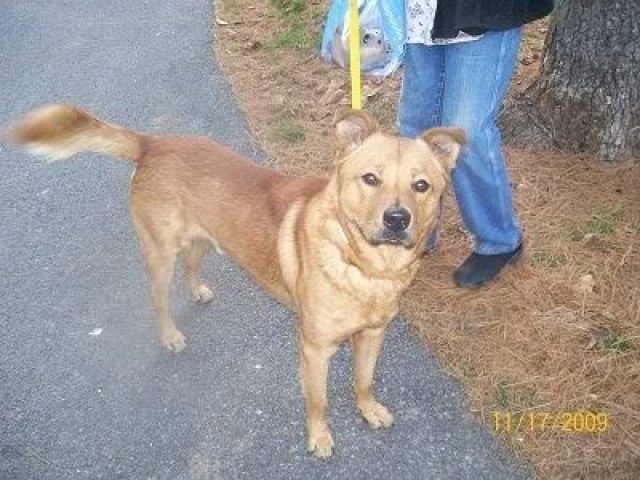 Mutts Need Love Too Dog Rescue, Inc is a 501c3 Non-Profit Organization. All donations are Tax Deductable. We take in any breed, any age, any medical issue. Every Saturday, we are at Petco in Ellicott City, showing off our dogs and trying to help raise funds for the critters. Some of the dogs in rescue do come to this event so they can socialize at puppy playtime and meet tons of people that love them no matter what they look like. If you interested in meeting a dog you may want to foster or adopt, or if you just want to hang out with some cool furballs, just want to get dog kisses, or just have nothing else to do that day, come on out and meet some of the crew. Mutts Need Love Too Dog Rescue – Pets Available for Adoption Favorite 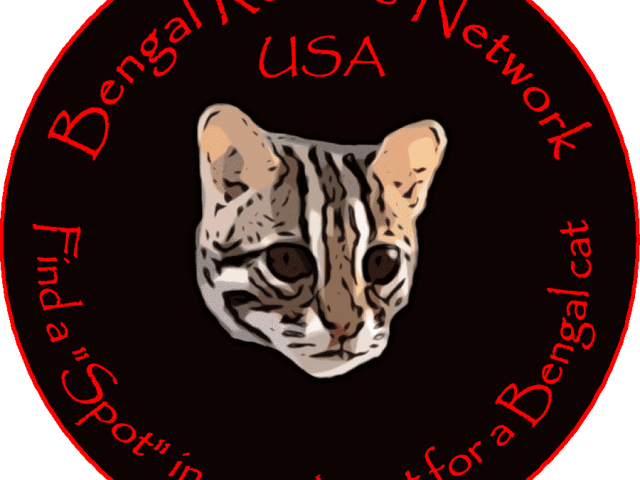 The Bengal Rescue Network is a 501c3 non-profit organization. We are an organization of volunteers. All of its members are active Bengal cat enthusiasts who truly care about these cats’ well being and happiness. We hope to ensure that NONE of these cats roam the streets, go hungry, sleep in the cold, lack affection or remain alone and facing an uncertain future. Bengal Rescue Network – Pets Available for Adoption Favorite 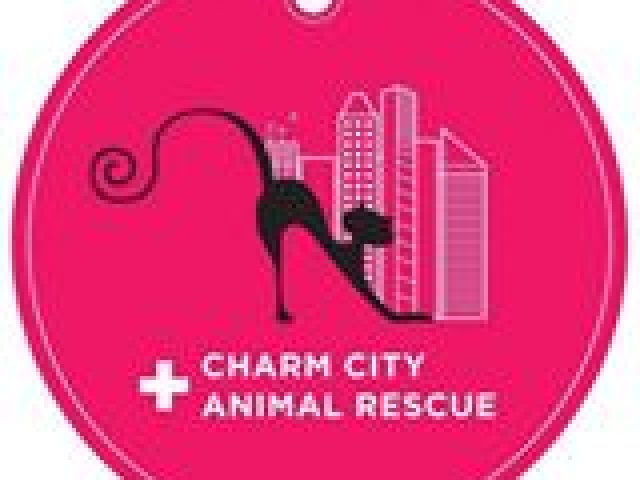 Charm City Animal Rescue was founded in 2009 in Baltimore City, Maryland. Our original goal was to help some cats and kittens in our neighborhood who were homeless, but we quickly grew far beyond that tiny mission. CCAR now assists shelters all across the Mid-Atlantic Region by taking those cats who’s time has run out, those who are sick and injured, and those with special needs. We especially rescue Cerebellar Hypoplasia cats when asked, as well as those with other special needs that most rescues do not want to take, such as FIV+ cats. In addition to assisting shelters, CCAR assists the community with trap, neuter, release projects, proving food to low income cat owners, and assisting owners with finding spay/neuter or vet care financial resources. We have no staff, but a group of people who dedicate their time off from day jobs to making sure CCAR succeeds. We get no government or private funding, and work solely off of donations, fundraisers, and adoption fees. In the fall of 2016, we will be celebrating our 1000th adoption! Charm City Animal Rescue – Pets Available for Adoption Favorite